The problem is that this bearing is not lubricated, and its dimensions are too small. The bearing’s dimensions had been increased during the years and it has gotten more and more reliable generation by generation. But the main issue remained its non-lubrication that can lead to its degradation. The bearing will not wear slowly… It risks seizing up suddenly because of the complete lack of lubrication and from here, it is going to disintegrate in a few hundred or thousand kilometers. So that explains the impossibility to control and predict the breaking of the engine when dismantling or revising it. Some say that 25% of the production is affected. That would apply to the first generations of the M96 engine and that number would significantly decrease with the succession of improvements.

The everyday things to do to prevent or delay the bearing destruction:

What to do in case of breakage?

Engine change or total rehabilitation of the bloc (depending on the Porsche model, from 8 000 CHF to approximately 17 500 CHF for a completely refurbished engine by an independent).

Models concerned by the wear problem 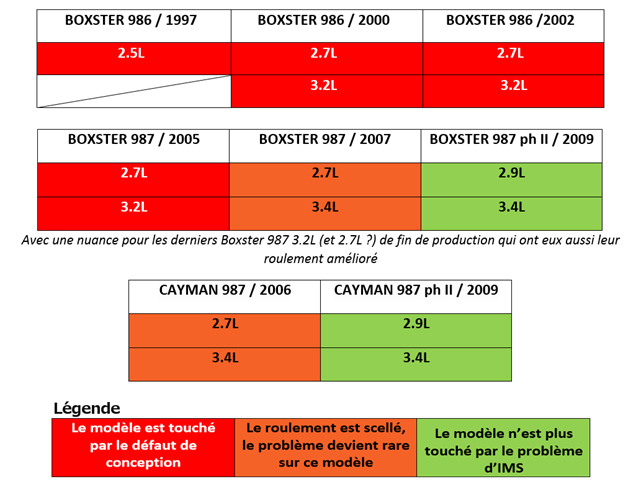 ONLY THE MODELS HIGHLIGHTED IN RED AND ORANGE CAN BE MADE RELIABLE WITH A BEARING REPLACEMENT AND A CASE MODIFICATION.

The sealed bearing of the orange highlighted models is generally more reliable, the breaking phenomenon becomes rarer. But the problem is entirely solved with an IMS roll bearing lubricated by the engine oil. 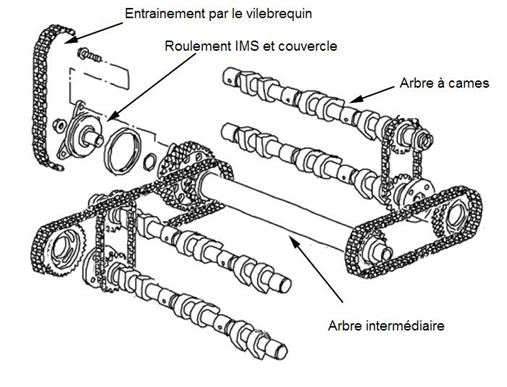 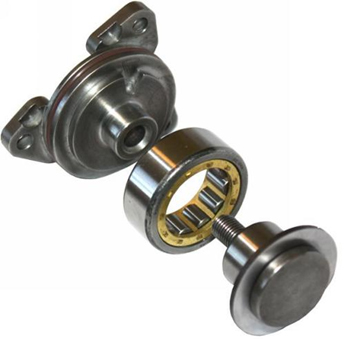 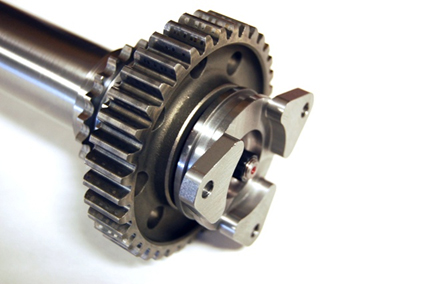 Comparison of a used and new IMS bearing 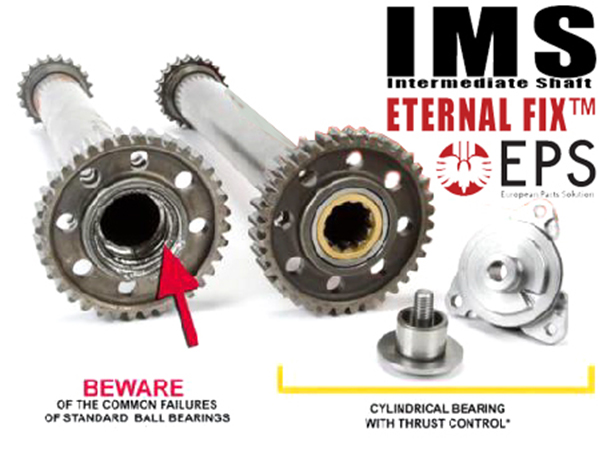 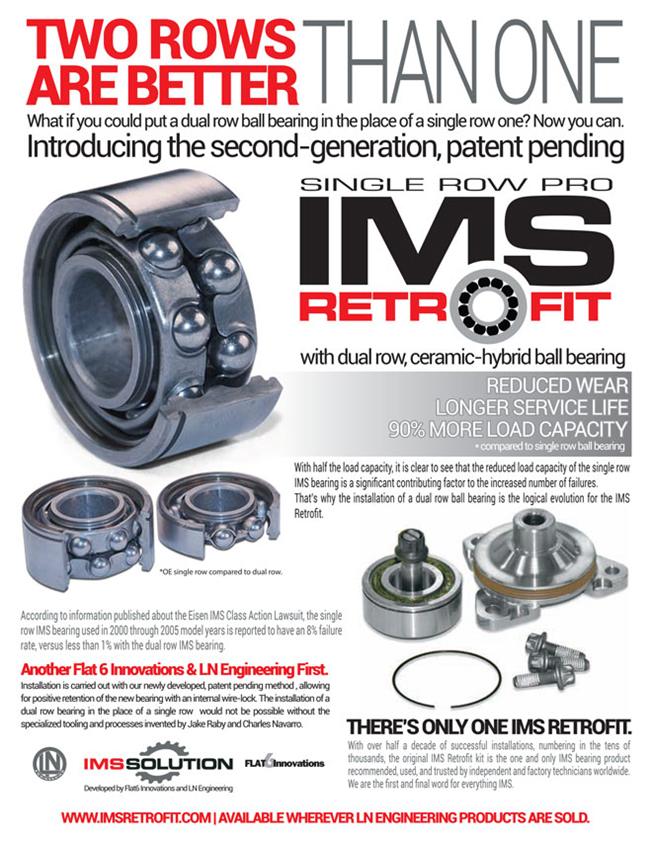